On Saturday, I was invited to review the newly built Franco Manca restaurant down at Brighton Marina, alongside Georgia, Ali, Ashley, Georgia and her boyfriend. I’ve wanted to try the food there for a while as there is already a branch in the Brighton centre, so I was very pleased when I received the invite!

I’m a big fan of Italian restaurants, especially when there is a huge pizza oven involved, but was blown away by the decor in Franco Manca. It had some beautiful tiling on the floor, walls and the pizza oven to compliment the traditional wooden furniture.

Our starters were brought out on wooden slates. The first was garlic bread which was so tasteful but not too heavy like some you get served. The next was moreish mozzarella served on rocket with olives and tomatoes. I’m not a fan of olives but the mozzarella was so good and went perfectly with the thin slices of bread. 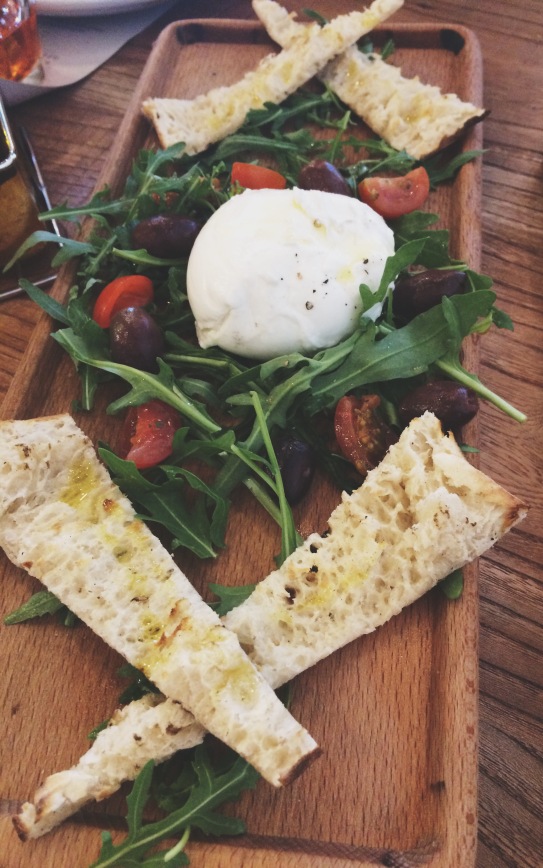 The menu wasn’t huge but I chose a pizza with tomato, mozzarella, ricotta and home cured ham. I much prefer thin based pizza and the crust was nicely cooked around the edge. However, it was quite difficult to cut through with a normal knife!

For pudding, I’m glad I went for the lemon cake as it came out in a bowl with yoghurt and lemon drizzled all over it – it was amazing! The cake was so light and easy to eat and went perfectly with the yoghurt so it wasn’t too sharp. To top it all off, we were given a shot of limoncello, which went down a treat. 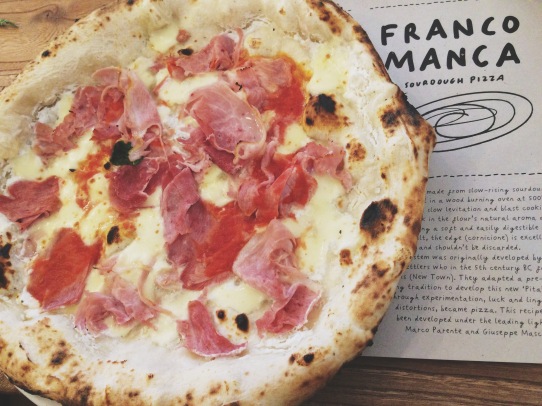 I highly recommend a trip to Franco Manca for lunch or a dinner. The service was quick and friendly whilst the price of the food won’t burn a hole in your pocket.

10 thoughts on “Review of Franco Manca ”